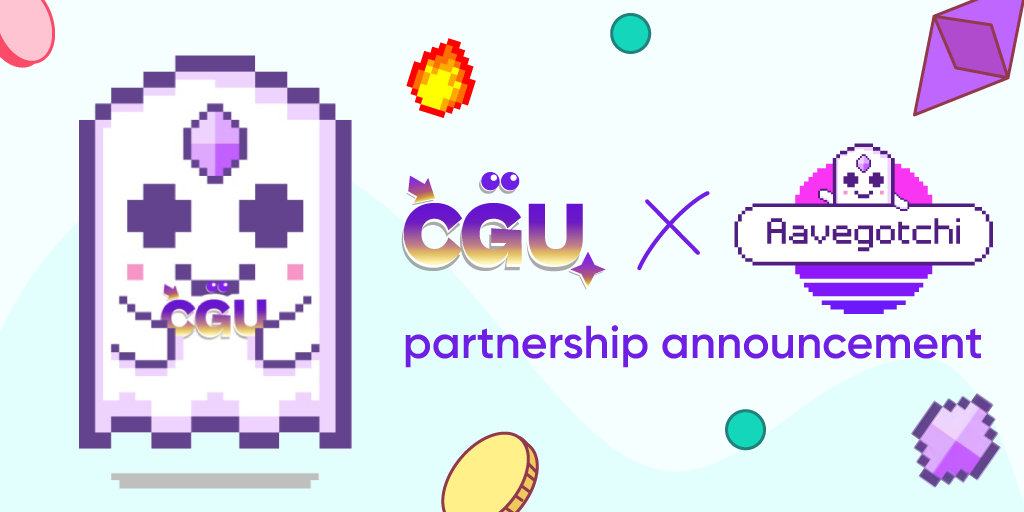 CGU Partners With Aavegotchi with an Investment in excess of $500,000

Crypto Gaming United is making a strategic investment of over half a million US dollars in the Aavegotchi ecosystem. Funds will be deployed within the Baazaar NFT Marketplace and Gotchiverse auctions.

Aavegotchi is a popular digital collectible game in which players acquire and interact with NFT avatars. The platform is powered by the GHST token, which governs the Aavegotchi DAO and acts as the base ecosystem currency for the purchase of various on-chain assets.

CGU’s partnership with Aavegotchi includes an investment into all verticals of the ecosystem, including REALM parcels, Aavegotchis and wearables, as well as an exclusive, CGU-branded Paartner Parcel.

Crypto Gaming United’s total investment adds up to over $500,000 with part of the funds already deployed in the first Gotchiverse Auction in October.

With Aavegotchi avatars and wearables acquired in preparation for gameplay when the Gotchiverse goes live at the end of this year, the CGU community will be able to play in the Gotchiverse from the game’s inception and use their Aavegotchi ghosts to win quests, farm tokens, or simply socialize with the community.