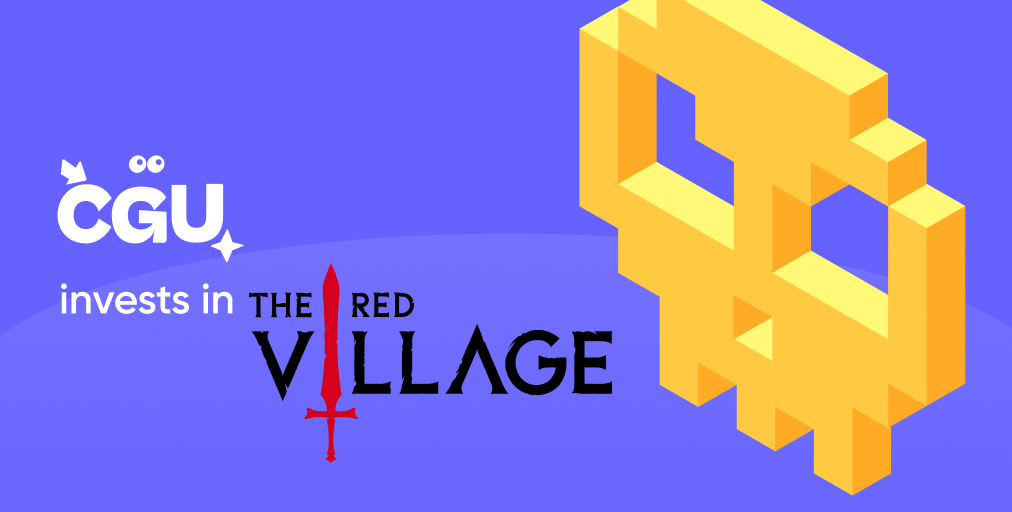 CGU Invests in a Partnership with The Red Village

The DAO is making a long-term portfolio allocation in the dark-fantasy play-and-earn game.

CGU DAO is investing in The Red Village, a celebrated NFT-based multiplayer fighting tournament game hosted on the Polygon L2 network for Ethereum.

The tokens will be added to other recent investments made by CGU, and held in the project’s Treasury.

About The Red Village

The Red Village is billed as a dark-fantasy. Set in the Eight Realms, the game takes place at a time following an epic, centuries-long battle between good and evil. The forces of evil have finally been defeated, banished back from whence they came – except for a small enclave, hidden in the frozen territory of the Forgotten Forest and ruled by the Blood Queen.

The Champions imprisoned in the Red Village are owned and traded by Battlemasters who house and train them, and deploy them in combat against other Champions. The brave and the foolish from across the Eight  Realms seek the village and are lured by the Blood Queen’s promises of immortality and wealth to stay and join the endless circle of fighting, winning and dying, only to rise and begin again for all eternity.

Currently, Pureblood Champion NFTs can be bought on OpenSea. The number of Pureblood Champions, the most scarce and valuable characters, is limited. In future, a breeding protocol known in-game as ‘Summoning’ will allow players to create stronger Champions and boost the vitality of the ecosystem. Each Champion takes the form of one of five different character classes: Barbarians, Druids, Paladins, Wizards, and Rangers, and one of several different breeds. Each one has its own strengths and weaknesses in combat, and signature fighting moves.

Unlike conventional P2E games, The Red Village is a Play and Earn game, where an emphasis is placed on creating a fun-first, immersive ecosystem that also rewards players Fights are set with random entry fees, but there are also tournaments that are free to enter but that still pay out winnings, paid for by 2.5% of the fee taken on regular tournament entries.

Learn more in The Red Village documentation, and read The Red Village Road Map, which includes To-The-Death matches in which players risk ownership of their Champions, the introduction of Summoning for Halfblood Champions, Apparel stores, the release and integration of a native token, and ultimately full integration with a wider metaverse concept and the expansion of the game world beyond the walls of the Red Village.

This metaverse expansion is known as The Red Village: Darklands, and will be intimately linked with the Tournament mode, providing interoperability to NFT holders across game modes. A full open world RPG, The Red Village: Darklands is currently under development by Animoca Brands’ subsidiary Blowfish Studios, best known for making the blockchain-based AAA open world space-sim, Phantom Galaxies.

This initial token round investment will allow The Red Village to explore new and sustainable guild models with CGU in both Tournament mode and the Darklands RPG, that can suit play-and-earn games and make their game more guild-friendly for subsequent gamers and guilds.

CGU expects to benefit from its investment in The Red Village as these features and more are built out over the course of 2022 and beyond.