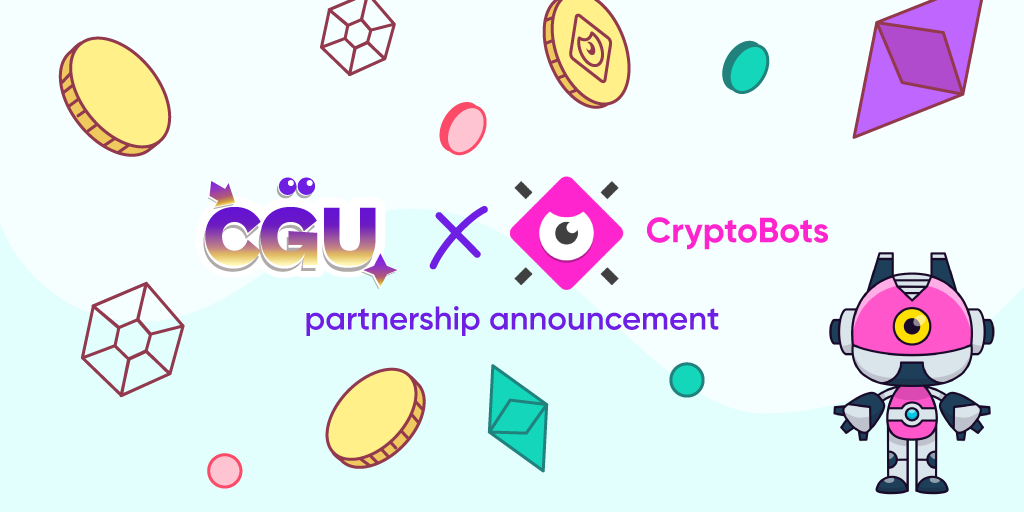 Crypto Gaming United (CGU) is exploring unique and tradeable bots on the Ethereum network by partnering with CryptoBots.

CryptoBots will offer both player vs environment (PVE) and player vs player (PVP) mechanics that allow players to complete adventure tasks and receive in-game tokens or battle against other players.

Each bot is a valuable part of the unique CryptoBots NFT collection. Users can acquire, auction, mix or match from the smart contract and pitch them against each other. Today, almost 2,000 people hold CryptoBots.

As part of the partnership, CGU will acquire CryptoBots NFT gaming assets to the value of one million dollars. Through this acquisition, CGU will be able to provide scholars the opportunity to play.

The core values of CryptoBots and CGU are well aligned as both groups are dedicated to providing players financial opportunities through the economic extension of the play-to-earn gaming metaverse.

“At CryptoBots, we are creating a play-to-earn project with a significantly deep economy, close social and multiplayer interactions, and deep integration into the DeFi ecosystem”. Simon Shikharev, co-founder CryptoBots.

"We believe that CryptoBots has the potential to become a leader in play-to-earn blockchain games. CryptoBots will become a full-fledged and accessible game in which every user has the opportunity to earn money. We are glad to be in partnership", Sergei Sergienko, co-founder CGU.

The beta version of the game will be available in the first quarter of 2022.