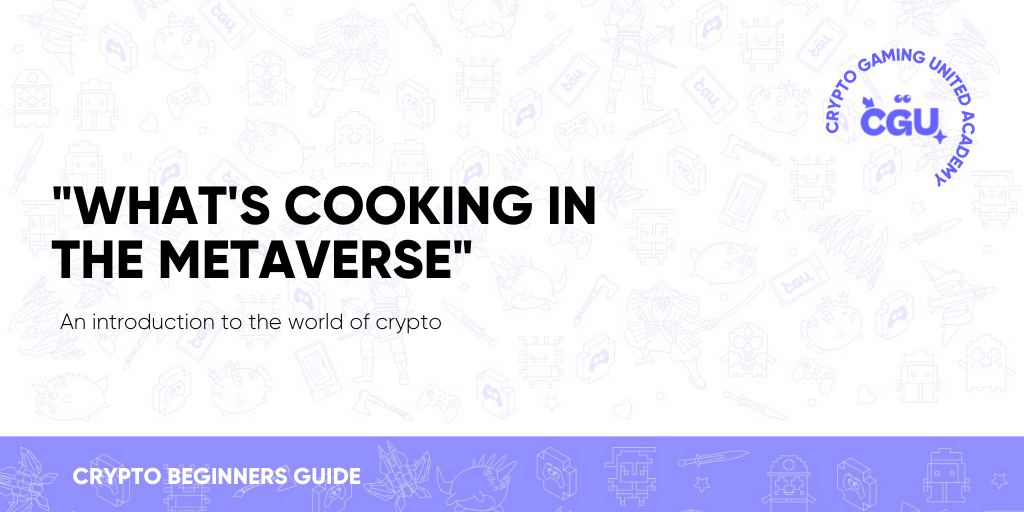 The Metaverse has become one of the most exciting themes in internet technologies over the past two years. Driven by advances in blockchain and growing awareness and adoption of decentralised platforms, the metaverse offers new ways to access online services of all kinds as well as new benefits for users.

What Is The Metaverse?

The word ‘metaverse’ is a loose term given to new platforms that provide online worlds designed for social interaction, and place the user at the heart of the experience.

In reality, there are many metaverses, each serving a different purpose and offering different utilities and benefits. At present, these primarily include games, but also interactive venues that enable users to mix and communicate in a wide range of settings, from social and entertainment to business.

Just as ‘the cloud’ is used as a collective term for all of the global data centres that allow users to store information somewhere other than their local devices, ‘the metaverse’ describes all of these many different applications. Ultimately, ‘the metaverse’ is used to mean the next generation of the internet: an immersive realm in which users can go about their online business in all its forms via intuitive interfaces that make accessing services more like working in the real world than using regular web and mobile applications.

Decentralised technologies and the metaverse

One of the most important features of the metaverse is not just what it provides, but how it provides it. As the next stage in the evolution of the internet, the metaverse is built on Web3, not Web2 technologies (although numerous traditional web companies are attempting to break into the space).

Web2 refers to conventional web platforms, which are typically run by corporate giants such as Facebook and Google, and which provide popular services including email and social networking for ‘free’. In fact, these companies are well-known for eroding privacy and monetising their users’ data, often without their consent or full understanding of how it is used.

Web3, by contrast, operates on a decentralised model that puts users back in control of their personal data. Instead of being provided by huge corporations, who set the terms of use, services are collectively run by communities, and the business models employed do not exploit users.

There are several technologies that are characteristic of Web3, and of the metaverse applications built on it. One of the most important of these is blockchain, the decentralised ledger technology that underpins cryptocurrencies like Bitcoin, and smart contract platforms like Ethereum.

Blockchains provide some of the core functionality of the metaverse. They enable users to transfer funds and get paid quickly and securely using tokens, which may be integrated into games and other applications as native currencies and governance tokens that allow users to vote on how platforms are run. For example, Smooth Love Potions (SLP) is the reward and payment currency of the hugely popular blockchain game Axie Infinity, while AXS is its governance token. Samurai Legends similarly has two tokens, the algorithmic stablecoin KOKU for payments and the SMG token for governance.

Smart contracts, or code that runs on the blockchain, is used to ensure applications operate transparently and fairly, and cannot be shut down by any company or other single party. While smart contracts have most notably been used to create decentralised financial applications, blockchain games are handling more and more functionality in this way. For example, the popular Block Brawlers game runs a large proportion of its login on the blockchain, rather than forcing users to trust activity that happens off-chain.

NFTs – unique or limited-edition, indivisible tokens – are a key feature of the metaverse. These rose to prominence as a means of investing in digital art, but are also widely used to represent characters and special items in games, and can be transferred and traded between users. They are also a vital technology that is increasingly being used to signify identity and give users permission to access specific communities. Users will frequently display a prized NFT as a profile picture (PFP) across different social media accounts. In the future, such NFTs will be used as ‘keys’ to log into various sites and services, in place of the current username/password system.

Lastly, augmented reality and virtual reality will likely form an important part of the metaverse, enabling users to access online services as an immersive and intuitive experience. While some metaverse applications are already incorporating AR and VR, this is not yet the norm.

A Brief History Of The Metaverse

The idea of the metaverse was first articulated by science fiction writer Neal Stephenson, in his novel Snow Crash. Published in 1992, Snow Crash anticipated a time in which people would interact and spend much of their time in a parallel online world using virtual reality glasses. This ‘metaverse’ would provide places to meet, opportunities to socialise and do business, and access most online services.

The original concept of the metaverse was therefore as a kind of public service that anyone could access, and that wasn’t run on a for-profit basis – it was simply a kind of digital version of the real world, that could be developed as people wanted. The idea of the metaverse was taken up by subsequent writers in various forms, in books and movies, until it finally became a reality almost 30 years later.

The creation of the metaverse

Arguably the first metaverse application was Second Life, a platform originally released in 2003 that enabled users to create custom avatars and interact with each other in a massive multiplayer environment. While Second Life was (and remains) a centralised Web2 application, it paved the way for the Web3 metaverses that would arise almost two decades later, as well as other enormously popular Web2 metaverses like Roblox.

Today’s metaverses do not yet live up to the ideal of a fully decentralised, open world, but in recent years they have begun to incorporate blockchain to give users greater ownership and control of their digital property via the use of NFTs. Well-known examples include Decentraland, the first ever user-owned virtual world, crowdfunded in 2017 and launched in 2020 on the Ethereum blockchain; and The Sandbox, a far-reaching metaverse that enables users to create and monetise a vast range of content. As well as other metaverse platforms, there are countless blockchain-based games, many of which are extensive enough to qualify as being a metaverse in their own right.

What To Expect From The Metaverse

Depending on where users have gained their expectations of the metaverse from, they may be disappointed or impressed. Hollywood movies like Ready Player One depict immersive, lifelike experiences driven by virtual reality. While VR and AR are being used to some extent, today’s metaverses don’t yet live up to that hype – mostly because virtual reality itself has not yet reached a tipping point.

Conversely, decentralised ownership and user sovereignty have outpaced most fictional depictions of the metaverse, thanks to advances in blockchain development. Users can own a wide range of NFTs, representing their avatars/characters, land, and various items, as well as crypto tokens that act as currencies. All of these can be acquired, held, and traded without the use of centralised payment processors of any kind. In many cases they can be staked for profit, enabling users to generate passive income, or engage with other decentralised financial protocols.

Gaming is currently the leading use case for the metaverse, with many play-to-earn and play-and-earn games available. But users are increasingly taking the opportunity to build and establish a presence in the metaverse beyond gaming. Both individuals and corporations are purchasing digital land, projecting their brand, and creating spaces to meet and showcase their products and abilities. As COVID forced more and more of life to take place online, musicians even started holding events in the metaverse, with artists such as Travis Scott, Ariana Grande, Eminem and Snoop Dogg performing in different metaverses.

For all its promise, there are various downsides and risks to today’s metaverses. Some of the potential drawbacks include:

These issues are generally minor, and can be considered the teething troubles of a new technology and movement. In general, the metaverse is offering new solutions and providing new ways to engage with existing services, across almost every sector:

The examples above show that the metaverse is making the world a smaller, more intimate, more equal place. The internet revolutionised the way services are delivered, from sending messages and searching for information to banking, entertainment and work. Almost no area of life has been left unchanged. The metaverse promises to bring further changes by enabling users to access these services in a way that is immersive and intuitive.

Thirty years ago, people communicated at a distance by letters and phone calls. The internet brought email, instant messaging, and Skype. The metaverse enables two people to ‘meet’ and talk as avatars, almost as they would in person – even if they are on different sides of the planet. It breaks down barriers by providing a better, more realistic user experience. Moreover, the open nature of the metaverse means the only requirement for participation is an internet-connected device.

The Future Of The Web

The metaverse is already changing the way we engage with online services. The coronavirus pandemic has seen an increasing proportion of our daily activity move online, with an emphasis on social activities – whether that means gaming, working, attending concerts and other events, or simply hanging out with friends. At the same time, the use of NFTs and cryptocurrencies is giving users an unprecedented amount of control over their finances and the value they earn through gaming and other activities.

The move from the clunky, command line interfaces of the early web to the first GUIs took just a few years. Within a few more years, users were enjoying slick, intuitive websites, and then mobile apps that made accessing online services easier still.

Today’s metaverses are like those early GUIs: an improvement on the command line interfaces of the first email software and file transfer protocols, but not yet the immersive, user-friendly experiences depicted in TV and film. History tells us, though, that it won’t be long.

Within 10 years, and likely less, the metaverse will be the way that most of us engage with the web. It may be through VR headsets, AR-enhanced mobile displays, or at conventional desktop and laptop computers, but the trend is clearly towards more life-like online social interactions. Just as few people truly grasped how the internet would change our lives, it is still hard to imagine how the metaverse will transform the way we work, play, shop, and more.

What are your favourite metaverse experiences, and how do you think the metaverse will transform the way we use the web and interact online in the coming years?